What is a concussion?

"Head blow" "ding", "bell rung", "concussion" of these terms refer to mechanically induced brain dysfunction.  Most commonly, this occurs from the head being struck by a ball, athlete or athletic gear. It is important to note that a concussion can occur even in the absence of direct head trauma. For example: a forcefull blow to the body can induce a concussive injury to the brain.

The brain matter is a soft gelatinous material that is encased within the bony skull. When a concussive force occurs, the brain is dynamically shifted in multiple directions with varying forces. This causes the brain cells to develop abnormal concentrations of electrolytes both inside and outside the cell. The brain depends on a delicate balance of chemicals so when this occurs, the brain does not work properly.

There have been a number of recent advances in the understanding of this injury. The dysfunctional brain cells can reset themselves but this requires energy in the form of glucose. However, when a concussion occurs, the injured brain cells become unable to use glucose effectively resulting in a state of increased energy demands with inefficient energy utilization. This is one of the reasons why it takes time for a concussion to heal. The injured brain cells gradually reset the chemicals inside the cell and gradually begin to start using glucose effectively again.

What are the symptoms of a concussion?

Any part of the brain can be injured by a concussion. The symptoms depend on the area of the brain that is affected. Some of the most common symptoms include:

Occasionally, symptoms from a concussion worsen hours or days after the initial injury. All symptoms should be reported to the medical staff regardless of when they occur.

What should I do if I suspect a teammate has a concussion?
Speak up! If a teammate is struck forcefully and they start acting differently, you should inform the athletic trainer or team doctor because the injured athlete may not know they have a concussion.

How do I know if I have a concussion?
If you develop any symptoms after a sudden shift of the head or after trauma to the head, you should tell your athletic trainer or team physician. They can determine if you have a concussion. However, they can not help you if they do not know you are injured. Speak up. There is no shame in stating that you were injured. Today’s coaches and athletes understand how important it is to identify a concussion.

When can I play if I have a concussion?
No athlete with a concussion should participate in sports until the concussion is resolved. This decision requires expert medical training and should only be undertaken by the medical staff. Coaches or players should not attempt to determine when a concussed athlete can return to play because if the injured athlete sustains another concussion before they are ready, they can develop permanent brain injury or even death. If you have any symptoms, do not play until seen by the team doctor.

How long does it take for a concussion to resolve?
This varies depending on how severe the concussion was, how many concussions have occurred in the past, and how many parts of the brain were injured. This process can take weeks to months in younger athletes and days to weeks in older athletes.

If I have one or two concussions does that mean I can’t play?
Previous concussions increase the risk of more severe concussion injury in the future especially if they occur during the same season. Your team doctor and athletic trainer will determine your capacity to play. There is no absolute rule concerning how many concussions are too many.

What is the treatment for a concussion?
Generally, time and rest are the best treatments for concussion. Because the brain cannot use glucose efficiently, the athlete should avoid concentrating for long periods of time and make sure to get proper rest. This includes avoiding too many video games and possibly resting from academic studies until symptoms improve. Most educational institutions will accommodate an athlete with a concussion.

Occasionally, the team doctor may prescribe medication for symptoms. This should be taken as prescribed and no athlete should take any medication, even Tylenol, Advil, or Aspirin without first consulting the team physician. All supplements and vitamins should be checked by team physician before taking with a concussion.

Once the symptoms are improved, the athlete will be subjected to an aerobic exercise challenge under direct supervision by the medical staff. The athlete is then gradually allowed to resume increased physical activity if they pass each supervised challenge.

No athlete, coach or parent should ever decide that a concussion is just a “ding” or “bell rung.”  These are not medical terms and playing with even a simple concussion can cause permanent brain injury. Only the medical staff should evaluate symptoms after head trauma or sudden shifting of the head. 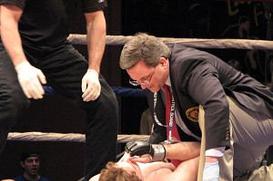 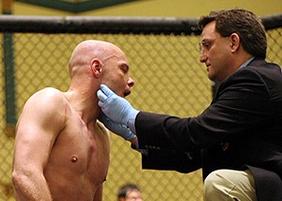 CONCUSSION What every parent and athlete should know 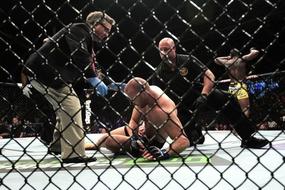 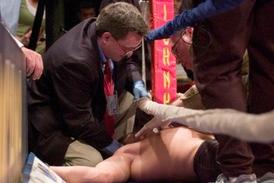